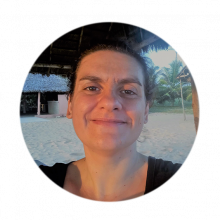 What is the GTI ?

GTI stands for the Global Taxonomy Initiative. Taxonomy is the science of naming, describing and classifying organisms and includes all plants, animals and microorganisms of the world. The GTI was created in the framework of the Convention on Biological Diversity to remove or reduce the "taxonomic impediment". The GTI is implemented by actors including governments, non-government and international organizations, as well as taxonomists and the institutions where they work.

What is the particularity of the Belgian GTI national focal point ?

Since the early 2000s, the RBINS has been granted funds by the Belgian Ministry of Cooperation to build capacities of its partner countries. The cooperation started after requests by several African countries (among which DR Congo) to receive scientific and technical help in order to be able to implement the Convention on Biological Diversity (CBD). Thus the RBINS developed a program dedicated to capacity building both for the Clearing-House Mechanism (CHM) and the GTI. Since 2001, the RBINS acts as Belgian National Focal Point for the GTI and the CHM.

Thanks to these funds the GTI NFP can organize yearly calls for proposals in order to fund training projects both in Belgium and in partner countries (such as Benin or Burundi). So far, more than 230 internships were organized to enable researchers based in developing countries to access biological collections or facilities hosted in Belgium.

Other relevant figures are given here:

What are the main threats for the future ?

The biggest threat is the severe lack of funds dedicated to taxonomy worldwide… I hope that the forthcoming CBD-COP15held in China next year will recognize the importance of taxonomy as a key tool to tackle biodiversity loss in the future and reach the newly established post-2020 targets… I am worried that the global economy crisis that is rising from the covid-19 pandemic will be used by governments to diminish their biodiversity targets and funds… For example, some EU country are already trying to postpone the EU Green Deal and it is dramatic… We have no choice but to act quick to address the biodiversity and ecosystem services crisis, as highlighted last year by the IPBES global assessment…